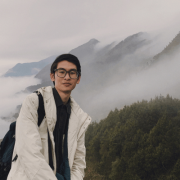 Bulgaria is one of the most beautiful, and historically rich countries of Europe. It lies in the southern east of Europe. The has got a very rich and fascinating history, the two Bulgarian empires, and the Ottoman rule over the country has left the country with amazing tales to tell.

The province of Stara Zagora is located in the central region of the country. The province is names after its head quarter city, and it enjoys some great natural beauty, a great Museum of the rich history and other historic buildings. The region is famous for being one of the place where an old Neolithic civilizations dwellers.

A historical peak, where the rebellion army of Hadzi Dimitar met the Ottoman army, later due to its vast importance, the communist rule government build a historic monument of the peak.

The peak is one of the primary tourist attraction of the visitors here. The mountain’s natural beauty, and the monument’s historic importance makes its importance double. Indeed one of the beautiful places to visit in Stara Zagora, Bulgaria.

It is a scenic mountain pass, it is a part of Bugarka Nature Park. The pass connects the Stara Zagora province with the Gabrovo province, The pass runs through the beautiful scenes of the Balkan mountains, named after the small town of Shipka, where it begins. And don’t forget to see the Shipka Memorial in this another of the beautiful places to see in Stara Zagora.

This museum was build around two neolithic houses, the museum has got as much as almost 1900 artifacts of neolithic, Chalcolithic and Eneolithic periods. The great treasures of the life of prehistoric time which tells the life of people before the third to sixth millennium BC, is one of the most beautiful places to visit in Stara Zagora.

It is also a part of the Stara Zagora regional Historical Museum, a place in my opinion which should never missed if you are in the region.

One of the greatest leisure spots in the country is the Koprinka Dam, another of a beautiful place to visit in Stara Zagora, which is build around the beautiful village of Koprinka.

The dam was constructed in the period between 1944 and 1956, but during the construction there were remains of the ancient city of Seuthopolis found, artifacts of which are still there on display.

People come around to the dam, for water sports, and fishing. There are great variety of fresh water fishes such as barbel, chub, catfish, carp. The dam is situated 7 KMs to teh west of the city of Kazalnak.

One of the most beautiful places to visit in Stara Zagora, and also in the whole of Bulgaria. The valley lies to the south of the Bulkan Mountains, the beautiful valley is known for its cultivation of rose. Almost 85% of the wold’s rose oil comes from this valley.

The valley is producing rose oil from centuries. The picking time is of May and June, when the valley is full of bright colors and beautiful smell to enjoy.

The country of Bulgaria is a very beautiful place to visit and enjoy, and experience some great natural beauty and artifacts of history.